My initial reaction to seeing the posting advertising a “Research Ethics Internship” at the American Civil Liberties Union (ACLU) was that it was almost unnervingly perfect. I had recently begun to suspect that I wanted to explore career paths outside the academic world, but wasn’t sure precisely where those paths might lead. Fortunately, Dr. Emily Greytak—the ACLU’s Director of Research—was looking for a graduate student with a background in the social sciences to help her develop human subjects research protections (HSRP) guidelines for the organization’s nascent research program. Although I was familiar with the basics of HSRP thanks to a combination of coursework in research methods and empirical research in a number of academic and medical settings, all of my previous experience involved operating within pre-established institutional or federal policies. Creating those policies, as it turns out, was a different task altogether.

“It’s going to be a pretty ambitious project,” Dr. Greytak remarked in our very first meeting. It would involve taking what I knew about human subjects research protections (HSRP)—a set of standards and protocols designed to protect the rights and welfare of people who participate in research—and adapting it for use in a non-academic setting. In doing so, I would also be tasked with helping her to coordinate and solicit feedback from an “HSRP working group” composed of a diverse range of internal stakeholders from across the ACLU.

In retrospect, I should have left that meeting feeling much more apprehensive than I did, but instead I felt cheerfully confident in my ability to draw upon my past experiences with research and handle everything—a walking advertisement for the cliché that “ignorance is bliss.” However, it didn’t take me long to discover that conducting empirical research in a university setting and designing a non-profit’s research infrastructure from the ground up are two very different jobs.

The most immediately noticeable difference was the speed and fluidity with which things moved. Not only was the timeline for the entirety of this project approximately five months––an unthinkably short amount of time in academia––but the end product also needed to operate with much more efficiency than any IRB that I’d ever worked with. Research at the ACLU moves rapidly and must be able to respond to ongoing real-world events, often in correspondingly “real-world” settings. Data is frequently collected not just firsthand through experimentation, but also from other organizations, public databases, or even through Freedom of Information Act requests or other legal action. It didn’t take long for us to realize that simply copying and pasting the federal HSRP guidelines—to which the ACLU is not beholden, due to its policy of not accepting government funding—wasn’t going to be a viable solution.

Another challenge made itself apparent when I submitted a draft of some PowerPoint slides that I had put together for the HSRP working group’s first meeting. Dr. Greytak made it through two whole slides before she stopped and turned to me.

“A lot of people aren’t going to know what an ‘IRB’ is,” she pointed out.

“Oh,” was the only reply I could come up with on the spot. It hadn’t occurred to me that I might need to explain that “IRB” stands for “institutional review board” and that IRBs are responsible for conducting ethical reviews of research protocols and ensuring that researchers adequately safeguard the rights of their participants.

“Also,” she continued, “you should probably clarify what you mean by ‘research.’ Everyone in this group will have done research before, but they’ll all have done different types. We need to make sure that they know we specifically mean empirical human subjects research.”

What Dr. Greytak was pointing out was an issue that would appear again and again throughout the project. Although she and I both spoke the “language” of empirical social science research, many of the people we would be working with did not. At the ACLU, research is not necessarily conducted by a  phalanx of PhDs as it is in primarily academic settings, but rather by people with a broad array of experience and training, many of whom speak different professional languages. Clarity of communication, I soon learned, was of the utmost importance.

These instances, and so many others like them, illustrate why finding a lingua franca through which the group could communicate about research ethics ended up one of the most valuable aspects of my time at the ACLU. Academia is, of course, frequently collaborative, but rarely in precisely this way, and throughout my internship I was consistently grateful for the opportunity to collaborate with so many people with such a wide variety of educational and professional backgrounds. During every HSRP working group meeting, in countless email threads, and on many conference calls, I was able to witness collaboration at its best— passionate, brilliant people coming together to listen to and learn from one another’s experiences in pursuit of a common goal.

Thanks in large part to the efforts of this group (and its members’ generosity with their time and energy), Dr. Greytak and I managed to put together a basic set of guidelines for human subjects research protections at the ACLU. Once the framework is rolled out, researchers will be able to use the materials we developed to correctly classify their project as one of three levels of HSR. Each level has its own application and review process, with higher-level research receiving more thorough oversight than lower-level research. There is still some work to be done before the HSRP guidelines can go into effect—Dr. Greytak’s observation about the ambitious nature of the project’s scope was prescient—but I’m still somewhat taken aback by how far we came over the course of a single semester, and immensely proud I am of what we were able to accomplish.

On a more personal level, I find that I’m ending this semester with a much clearer idea of where a career path outside of academia could lead, and with a much stronger drive to find such a path. One ambitious project down, and hopefully many more yet to come.

Alexa Hiley is a 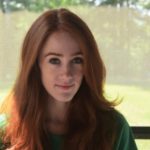 PhD student in the Experimental Psych & Law program. She graduated in 2012 with a BA in psychology from Bates College, where she did research on how the dynamics of an interview affects the quality of witness’s accounts of an event. After college, she spent two years working at the BIDMC Transplant Institute as a clinical RA with the Surgical Outcomes Analysis & Research team. At John Jay, Alexa primarily works with Dr. Steve Penrod, doing research on factors that affect defense attorney decision-making during plea bargaining. She also works with Dr. Margaret Bull Kovera and Dr. Saul Kassin on issues relating to alibi witnesses and forensic confirmation bias, respectively. In the third of a three-part series, psychology PhD candidate Maya Godbole shares five lessons from a summer internship that have enhanced her academic training.