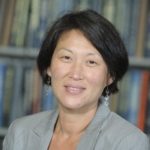 Kandice Chuh is a professor of English and American studies at The Graduate Center, where she is a member of the M.A. in Liberal Studies faculty, and affiliate faculty to the Africana Studies program. The author of The Difference Aesthetics Makes: on the humanities ‘after Man’ (2019) and Imagine Otherwise: on Asian Americanist Critique (2003), which won the American Studies Association’s Lora Romero Book Award, Dr. Chuh is the co-editor, with Karen Shimakawa, of Orientations: Mapping Studies in the Asian Diaspora (2001).  She has published in such venues as Public Culture, American Literary History, Social Text, and the Journal of Asian American Studies. Dr. Chuh served as President of the American Studies Association from 2017-18. Her current research focuses on Asian racialization in the era of globalization, and she teaches courses on aesthetic theory, queer theory and queer of color critique, decolonial studies, and Asian and Asian American racialization. 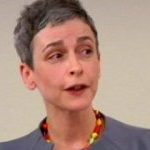 Alyson Cole is Professor of Political Science, Women & Gender Studies, and American Studies at Queens College and The Graduate Center. Cole’s work bridges political theory and American politics/culture, linking central questions of political thought with an examination of political ideologies, rhetoric, and law/policy-making, emphasizing gender, sexuality, and race. Her books include The Cult of True Victimhood, Derangement and Liberalism, and How Capitalism Forms Our Lives. Her articles have appeared in journals such as Signs, American Studies, Theory & Event, Gender, Work & Organization, Critical Horizons, and WSQ. She serves as co-editor of philoSOPHIA: A Journal of transContinental Feminism, and is the recipient of the 2008 President’s Award for Excellence in Teaching, a Mellon Resident Fellowship at the Humanities Center (2009-10). She is currently serving as a principal investigator in the “Vulnerable & Dynamic Forms of Life” International Network of Research, an interdisciplinary research collective supported by funding from the National Center for Scientific Research. 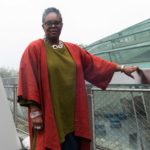 Dána-Ain Davis is Professor of Urban Studies and Anthropology.  She is the director of the Center for the Study of Women and Society at the Graduate Center. Davis’ work covers two broad domains: Black feminist ethnography and the dynamics of race and racism. She is the author or co-editor of five books and her most recent book Reproductive Injustice: Racism, Pregnancy, and Premature Birth (2019). Davis has participated in reproductive rights and reproductive justice and has worked with a range of organizations on reproductive justice issues including NARAL-NY, the Reproductive Rights Education Project at Hunter College, and the National Network of Abortion Funds. Davis worked with Sexual and Reproductive Justice Project for the New York City Department of Health, and Mental Health and served on Governor Cuomo’s Maternal and Morality Task Force.  Davis also supports birthing people as a doula and trained at Ancient Song Doula. Davis is the co- editor of the new journal Feminist Anthropology, and has served as editor of Transforming Anthropology. She is on the board of directors of the National Institute for Reproductive Health (NIRH) and is involved in making grants for community organizing. 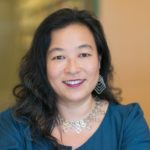 Erika T. Lin is an Associate Professor in the PhD Program in Theatre and Performance at The Graduate Center. She is the author of Shakespeare and the Materiality of Performance, which received the 2013 David Bevington Award for Best New Book in Early Drama Studies. Her prize-winning articles have appeared in Theatre Journal, New Theatre Quarterly, and many edited collections. She is currently writing a book on seasonal festivities and early modern commercial theatre, a project recognized by various honors and grants including an Andrew W. Mellon Long-Term Fellowship at the Folger Shakespeare Library. In addition, she is editing a volume of essays with Gina Bloom and Tom Bishop on early modern games and theatre. She is the Book Review Editor for Theatre Survey and serves on the Board of Trustees for the Shakespeare Association of America. 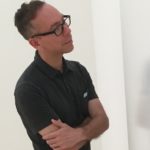 David Petrain is Associate Professor of Classics at Hunter College and The Graduate Center. A scholar of Greek and Latin poetry and Roman material culture, he has received grants from the National Endowment for the Humanities and held fellowships at the American Academy in Rome and the Institute for Advanced Study (Princeton). He is the author of Homer in Stone: The Tabulae Iliacae in their Roman context (Cambridge University Press, 2014) and co-editor of The Muse at Play: Riddles and wordplay in Greek and Latin poetry (de Gruyter, 2013). He has published articles on Latin love poetry, Greek epigrams preserved on papyrus and stone, the decoration of ancient Rome’s public libraries, and visual storytelling in the ancient world. He is also an enthusiastic performer and composer of verse in Greek and Latin, and his Latin poems have appeared in The Classical Outlook and Mouseion: Journal of the Classical Association of Canada. 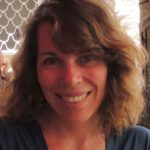 Tanya Pollard is Professor of English at Brooklyn College and The Graduate Center, and a member of the Council of Scholars at Theater for a New Audience. Her research focuses on early modern theater, bodies, and audiences. Her most recent books are Reader in Tragedy, co-edited with Marcus Nevitt (2019), and Greek Tragic Women on Shakespearean Stages (2017), which won the Roland H. Bainton Book Prize in early modern literature. Earlier books include Milton, Drama, and Greek Texts, co-edited with Tania Demetriou (2016); Shakespearean Sensations: Experiencing Literature in Early Modern England, co-edited with Katharine Craik (2013); Drugs and Theater in Early Modern England (2005), and Shakespeare’s Theater: A Sourcebook (2003). A former Rhodes Scholar, she has received awards from the NEH, Whiting, and Mellon foundations, and the Warburg Institute. She is currently editing Ben Jonson’s The Alchemist for Arden Early Modern Drama, working with theater productions in New York, and writing about the contributions of early modern actors to the plays of Shakespeare and his contemporaries. 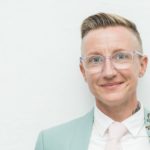 Jama Shelton is an Assistant Professor at the Silberman School of Social Work, Hunter College, and Chief Strategy Officer for True Colors United, a national organization working to address LGBTQ youth homelessness through public education, legislative advocacy, and local systems change. Dr. Shelton’s research focuses on LGBTQ youth homelessness, with specific attention on transgender and gender expansive youth. They are particularly interested in the ways in which systems rooted in cisnormativity limit service access and constrain successful exits from homelessness for transgender youth. Most recently, Dr. Shelton led a group of LGBTQ youth with lived experiences of homelessness in the development of a national LGBTQ youth homelessness research agenda. Dr. Shelton is also the Associate Director of the Silberman Center for Sexuality and Gender, where they work to advance sex positive social work practice and moving beyond the gender binary in social work education and practice. 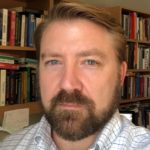 Brett G. Stoudt is an Associate Professor in the Psychology program at The Graduate Center, where he heads the PhD program in Critical Social/Personality and Environmental Psychology. Dr. Stoudt has worked on numerous participatory action research projects with community groups, lawyers, and policy-makers, both nationally and internationally. His interests include the social psychology of privilege and oppression as well as the human impact of the criminal justice system. Dr. Stoudt’s work has been published in volumes such as Geographies of Privilege, as well as journals such as The Journal of Social Issues. He is the recipient of The Michele Alexander Early Career Award for Scholarship and Service from the Society for the Psychological Study of Social Issues. He has also received the Haupert Humanitarian Award from Moravian College and, with his participatory collective, received the Truth to Power Award for Excellence in Collaborative Research from the Education Node of the Urban Research-Based Action Network. Dr. Stoudt is currently the Associate Director of the Public Science Project.  He is also actively involved with Communities United for Police Reform as a steering committee member. 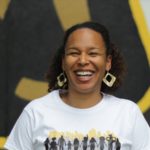 Bianca C. Williams is an Associate Professor of Anthropology at The Graduate Center and Faculty Lead of the PublicsLab. She earned her PhD in Cultural Anthropology and a graduate certificate in African & African American Studies, from Duke University. Dr. Williams is a recipient of the American Anthropological Association & Oxford University Press Award for Excellence in Undergraduate Teaching of Anthropology. Her research interests include Black women and happiness; race, gender, and equity in higher education; feminist pedagogies; and emotional labor in Black feminist organizing and leadership. She is the author of The Pursuit of Happiness: Black Women, Diasporic Dreams, and the Politics of Emotional Transnationalism (Duke University Press, 2018). Dr. Williams has also written about “radical honesty” as feminist pedagogy in the collection Race, Equity, and the Learning Environment, and has published on #BlackLivesMatter, plantation politics and campus activism, and tourism in the journals Souls, Cultural Anthropology, Teachers College Record, and on the blogs Savage Minds and Anthropoliteia.