Each semester, the PublicsLab invites humanities leaders who are doing innovative and brave work both inside and outside the academy to share their knowledge and expertise with the Mellon Humanities Public Fellows and the broader Graduate Center community. Please find below our confirmed practitioners and speakers for the 2019–20 academic year. 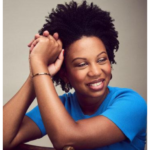 Glory Edim is the founder of Well-Read Black Girl, a Brooklyn-based book club and online community that celebrates the uniqueness of Black literature and sisterhood. In fall 2017, she organized the first-ever Well-Read Black Girl Literary Festival. She has worked as a creative strategist for over ten years at startups and cultural institutions, including Kickstarter, The Webby Awards, and the New York Foundation for the Arts. She received the 2017 Innovator’s Award from the Los Angeles Times Book Prizes for her work as a literary advocate. Her first anthology, Well-Read Black Girl: Finding Our Stories, Discovering Ourselves, was published by Random House in 2018. She serves on the board of New York City’s Housing Works Bookstore and lives in Brooklyn, New York. 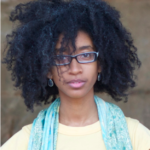 Alexis Pauline Gumbs is a Queer Black Troublemaker and Black Feminist Love Evangelist and an aspirational cousin to all sentient beings. Her poetic work in response to the needs of her cherished communities have held space for multitudes in mourning and movement. Alexis’s co-edited volume of Revolutionary Mothering: Love on the Front Lines (PM Press, 2016) has shifted the conversation on mothering, parenting and queer transformation. Alexis has transformed the scope of intellectual, creative and oracular writing with her triptych of experimental works published by Duke University Press (Spill: Scenes of Black Feminist Fugitivity in 2016, M Archive: After the End of the World in 2018 and Dub: Finding Ceremony forthcoming in 2020.) Alexis and her primary collaborator Sangodare has shown the world a Queer Black Feminist Love Ethic in practice through projects such as Mobile Homecoming and Black Feminist Film School. She holds a PhD in English, African and African American Studies and Women and Gender Studies from Duke University.

Dr. Gumbs will speak on the opening panel of “AGENCY + CARE = The Power of Black Women Reading” on 22 October 2019 and facilitate a workshop on 23 October 2019 on the topic of “Freedom is a Practice: An Oracle Workshop.” 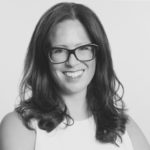 Lindsay Sarah Krasnoff is a historian, journalist, and consultant working at the intersection of global sport and diplomacy. Author of The Making of Les Bleus: Sport in France (2013) and Basketball Empire: A Hidden Story of the NBA’s Globalization (in process), she has written for The Athletic, CNN International, ESPN, The Washington Post, The New Yorker, and others. Krasnoff is a Research Associate with the Centre for International Studies and Diplomacy, SOAS University of London. She holds a PhD in History from The Graduate Center (City University of New York), MA in Journalism and French Studies (NYU), and BA in International Affairs (The George Washington University).

Dr. Krasnoff will be facilitating a series of four workshops on the topic of public communication. 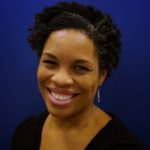 Patricia A. Matthew is an associate professor of English at Montclair State University. She teaches courses in British Romanticism, the history of the novel, and British abolitionist literature. She is the co-editor of a special issue for Romantic Pedagogy Commons and has published essays and reviews in Women’s Writing, Nineteenth-Century Gender Studies, and the Keats-Shelley Journal. She’s the editor of Written/Unwritten: Diversity and the Hidden Truths of Tenure (University of North Carolina Press, 2016) and has published essays and books reviews on diversity in higher education in PMLA, The ADE Bulletin, Signs: Journal of Women in Culture and Society, The New Inquiry and The Atlantic. Her work on diversity has been featured in The Chronicle of Higher Education, Inside Higher Ed, and The Los Angeles Review of Books. In addition to essays on race and popular culture, she is currently writing a monograph about sugar, gender, and British abolitionist literature.

Dr. Matthew will give a workshop on Public Writing and the Early Career Scholar and a talk on Whiteness as an Institution: Publics and Pedagogies, both on 27 September 2019. 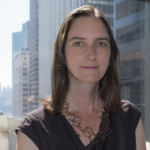 Dr. Ogger will teach a day-long workshop on 15 November 2019 the topic of “Humanities Design: A Primer and Workshop Exploring Equity, Access, and the Public.” 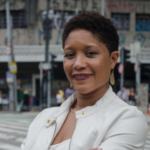 Christen Anne Smith is a Black feminist anthropologist, social justice advocate, associate professor of Anthropology and African and African Diaspora Studies at The University of Texas at Austin and founder of Cite Black Women, a campaign that brings awareness to the structural, gendered, racial discrimination that Black women face in the culture of academic and non-academic citation. A Latin Americanist by training, Smith has written and taught extensively on the transnational dimensions of the Black feminist tradition, including Black women’s intellectual contributions to the Americas, and Black women’s unique experiences with state violence in the Americas. Her book, Afro-Paradise: Blackness, Violence and Performance in Brazil  [press.uillinois.edu] (University of Illinois Press, 2016) chronicles Black Brazilians’ experiences with police violence in Bahia and the relationship between this violence and the state’s construction of Bahia as an exotic tourist site.

Dr. Smith will speak on the opening panel of “AGENCY + CARE = The Power of Black Women Reading” on 22 October 2019 and facilitate a workshop on 23 October 2019 on the topic of “Cite Black Women: Radical Praxis, Healing from Erasure.” 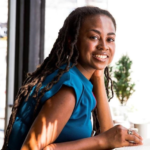 Jamia Wilson is the executive director and publisher of the Feminist Press. She is the author of Young, Gifted, and Black and Step Into Your Power, co-author of Road Map for Revolutionaries, and wrote the introduction and oral history to Together We Rise: Behind the Scenes at the Protest Heard Around the World. She is the recipient of the 2018 NYU Graduate School of Arts and Sciences Distinguished Alumnae Award, the Planned Parenthood Southeast “Legend in the Making” award, and her work has appeared in numerous publications, including the New York Times, Essence, Rookie, Refinery29, CNN, the Washington Post, Elle, and more.

Ms. Wilson will speak on the opening panel of “AGENCY + CARE = The Power of Black Women Reading” on 22 October 2019 and facilitate a workshop on 23 October 2019 on the topic of “The Future of Feminist Publishing.”