One morning this summer, I sat down with an Indigenous Hawaiian activist to discuss public involvement processes under the National Environmental Policy Act (NEPA) in Hawaii, a place I center in my dissertation work. We were discussing the labyrinthine nature of Environmental Impact Statements (EISs). The activist started our conversation off by telling me, “These documents are built like military bases… they’re not built for folks outside of the military to understand. I used to drive delivery trucks around the Island and they’d lead into the garrison, and I would get all twisted up in the streets—it was a totally different logic. It’s not meant for you to understand if you’re not meant to be there.”

Many authors have written about how authorship is inherently a collective process, even though often only one or two names appear on the byline. In some settings, I would like to contend, it 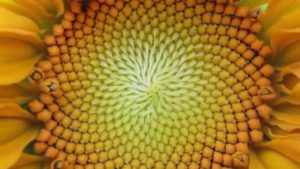 is even a fractal process. To grok what a fractal is, imagine the pattern of a spiral of petals on the top of a flower: each layer outward from the center mimics the same spatial pattern, only larger, as the one before it. The shape elaborates larger and larger in the same spatial ratio, producing a kind of beauty that is at the essence of natural design. I think that authorship is fractal amongst people, elaborating outward from one another’s thinking––and that this is especially true, and especially fraught, when one is an activist-researcher, doing work that centers public advocacy.

In this kind of research, when I sit down with an activist for an interview, or participate in public involvement processes, I see my role as “thinking with” the community, whose local modes of knowledge should be prioritized in whatever kinds of narrative or analysis are ultimately produced through our conversations. But at the end of the day, I’m a scholar, not a journalist, and I don’t write up these conversations as one-on-one interviews that quote en masse from the interviewees. So how do I avoid “stealing” from, or even plagiarizing, the community’s thinking, when its members are effectively scholars-on-the-ground, collecting years’ or even generations’ worth of local forms of knowledge—but not publishing them as research?

I think about this thinking with process as a fractal kind of knowledge production, and there are three aspects to how I see that fractal relationship. One, my work needs to effectively collect communal forms of knowledge and render them into a more or less consolidated whole—i.e., I need to be able to see and tell the community’s larger story about a phenomenon in the world. In the case of my summer research, I need to tell the story—adjacent to and representing how a community member would tell it—of how military research bends NEPA research processes to the military’s will, approving the projects and goals it seeks to enact via specific knowledge production tactics, dressed up as “objective research.” It often does so via crafty manipulations of the scoping and how it defines its research terms and the projects it studies.

Two, my work needs to effectively center the voices of the directly impacted community via quotes, and more importantly, via telling the story of how we thought-together in interviews and public involvement processes. I think that activist-researchers often do the former well, but not the latter. It’s relatively easy to quote your interviewees, but harder to effectively tell the story of how you got to those quotes in a process of collective conversation. And the collectivity of that conversation is one that always already fractally builds on prior conversations, with other authors, whose names are sometimes no longer attached to the knowledge being passed between people.

Finally, my work itself needs to be in fractal relationship with the analyses shared with me by my community co-researchers. That is, in order not to be simply “stealing” their quotables and analyses, my work needs to not only represent their collectivized analyses, but also to expand on them in a way that can effectively synergize them as a fraught, living, and diverse whole. Further, I need to do this while also expanding the analysis in a way that has not already been articulated through the community’s fractal voicings. And this is so that I can help by serving as both an additional “messenger” of the community’s voices and as a fraught expert-author, to convey our collective research to institutions of power in a way that adds value to the community’s own voicing. 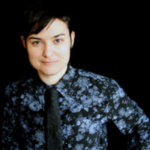 Drake Logan is a PhD Candidate in Political Science at The Graduate Center of The City University of New York (CUNY). He holds an interdisciplinary Master of Arts from The New School for Social Research, as well as a Master’s in Political Science from CUNY. Drake’s dissertation research addresses the environmental impacts of US military operations and warfare in the post-2001 era, with a special focus on its impacts on communities in Iraq and Hawai’i. Drake lives in Oakland, California. Philosophy PhD candidate Pedro Monque shares reflections on his work with a team of six Latin American activists and academics with whom he created a “summer laboratory” for collaborative research. Cultural Anthropology PhD student Joseph A. Torres-González reflects on his job search outside the [academic] box. PhD candidate in Psychology and Law Alexa Hiley talks about her internship at the ACLU and the differences between research at a university and research at a nonprofit. Graduate Center PhD student and Mellon Humanities Public Fellow Daniel Valtueña asks what sorts of public after lives might we envision for our final papers.